On this lazy afternoon, I just had the chance to watch “Inception”, which was hailed as 2010 movie of the summer. Although there was much hype and considered a monstrous hit, I never had the chance to see it in theaters. Now, I know why. It was brilliantly made and it has a plot that was never, ever used before  which is about “a dream within in a dream”. 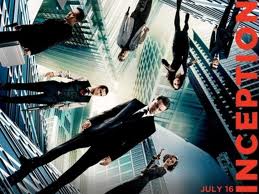 I’m not here to discuss about my own review of the film which doesn’t really matter anymore. I want to talk about the added bonus feature on the DVD which is a documentary about dreams and dream experiences of people.

I want to share about my own. I had this frightening experience of waking up but finding myself not able to move.  I saw shadows and heard noises around me. I felt a heavy weight pressing on my chest. I tried screaming and asking for help for somebody to get me up, but no voice came out of my mouth. Feeling helpless, I started praying and soon found myself being fully awake thereafter.

END_OF_DOCUMENT_TOKEN_TO_BE_REPLACED

For the Love of Marilyn Monroe

A Canadian businessman paid somewhere around $20 to $30 million for the right to the late icon’s name and image. He plans to introduce a line of branded lingerie, handbags, jewelry and fragrances, and possibly a reality-TV show.

Although the actress is well-known around the world and with revenue of $4-$5 million last year, she still didn’t make it to Forbes’ Top 12 Earning Dead Celebrities.  Michael Jackson took the top spot with $275 million earnings, followed by Elvis Presley with $60 million. 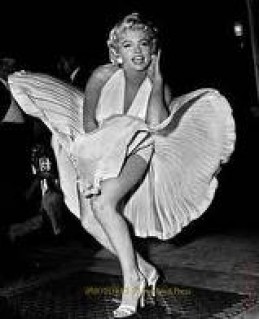 “She’s the most iconic female personality in the world. She’s timeless”. She sure is. Who could forget that image of her standing on a subway grate as her dress is blown above her knees by a passing train; this said image I keep as one of my Iphone wallpapers. I also have an image of her face which I cross-stitched and framed. It now hangs by the headboard of my bedroom.